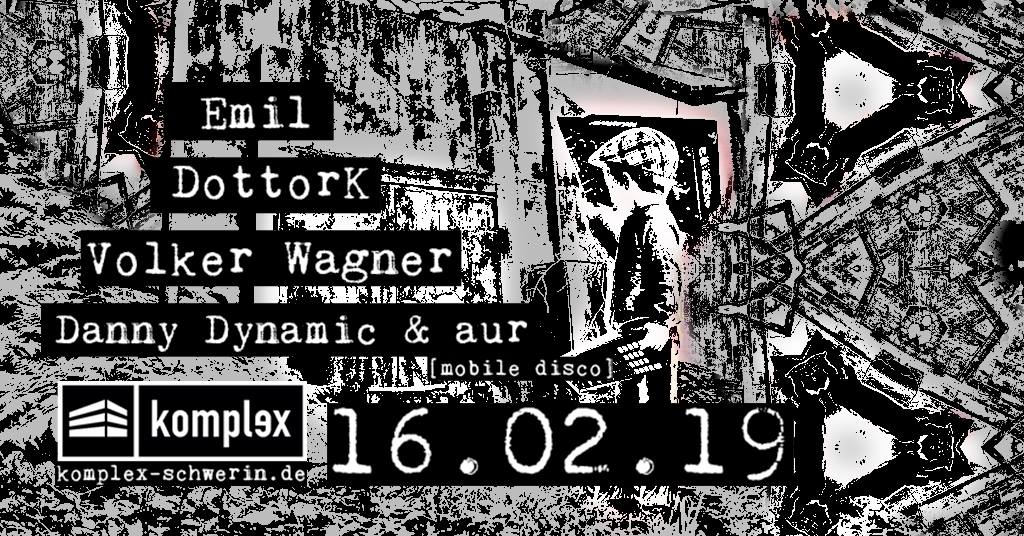 At Komplex Schwerin, the night was dark, the people loud, and the music louder.

With these constelation we finished the night from 16.02.2019 on Komplex Schwerin , a little location on the M-V state capital city in Germany.

Emil started the night with a medolic Techhouse / Techno line, I did a transition from Techhouse to dark Techno, Volker Wagner played a melodic techno with some 80s and 90s touches set, and Danny D. and Aur., the guys from mobile-disco closed the night with a vynil Techno b2b.

Sadly we don’t recorded any of the sets we’ve played at Komplex Schwerin, but there are a couple of videos on Facebook and Instagram from my set this night.